Well… this is really original, but I have absolutely no idea who and how it will be comfortable to wear this brick weighing 350 grams on some kind of strap. 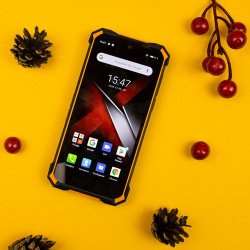